Dorsett Controls SCADA systems are utilized in many mission critical operations by the US Army, US Air Force, and NASA. The following is a description of a project at Hill Air Force Base, Utah, sent to us by Greg Loflin, P. E., C.E.M. of Ameresco Federal Solutions.

Background:
Two existing central compressed air systems at Hill Air Force base provide air to 36 large hangar and shop facilities in the Aircraft Overhaul and Maintenance area at over 1000 points of individual air usage. Over 30 compressors and 25 air dryers were tied into the two systems, in 20 different compressor room locations. The typical working-day peak load on both of the systems could be met by 7 to 9 of these compressors, and 7 or 8 dryers. However, due to a lack of central control and monitoring of the individual compressor operations, typically 20-25 of the compressors would operate simultaneously at partially loaded conditions, in many cases working against each other.

The lack of comprehensive system oversight had led to “fractured thinking” and myopic “problem-solving” in the various facilities, resulting in the excess of equipment described above. The localized “fixes” have resulted in haphazard system growth, typically having the end-result of higher operating costs, less component and system reliability, and divided maintenance responsibilities. Lack of planning oversight has led to new facilities (and additions to existing facilities) having been designed and constructed in recent years with large new “stand-alone” compressors, when the excess capacity available in the existing central air systems could easily handle the new air load, at significantly reduced capital, operating, and maintenance costs.

Additionally, it is conservatively estimated that the excess equipment (a direct result of lack of oversight) has cost Hill AFB more than $1,000,000 in capital expenditures for unnecessary and inappropriate air equipment and in recent years over $350,000 annually in unnecessary utility expenditures.

System Criticality & Visibility:
All of the utility systems in the Aircraft Maintenance Area are dynamic in nature, but the air system is particularly so, due to its direct facility ties to mission and production. Another unique aspect of the air system versus other utilities is the fact that “production” of the utility is actually accomplished entirely within the bounds of Hill AFB. Along with the other reasons described above, this has provided in the past a poor understanding and appreciation of the compressed air system’s critical role in the mission of the Base. The compressed air system, so intertwined with the most critical mission functions at HAFB had previously never received close scrutiny of the same regard as the other utilities.

The two recent projects have increased the air system’s visibility, and provided for some open discussions of previously hidden and localized system problems, primarily due to the integrated monitoring and control functions, and wide user access now provided by the link to the Dorsett Controls system. Many of the problems of the past have been directly solved or eliminated, while others have only recently been exposed by the EMCS and the spotlight of the projects. Just as with any of the large utility and process systems there will always be problems, operating and maintenance issues, and the need for systematic equipment additions now and in the future. With the Dorsett system serving as the de facto compressed air system “manager,” the system can be counted on to provide for the best and most reliable delivery of dry air to the mission, while continuing to provide the annual O&M savings and lesser capital expenditures for years to come. 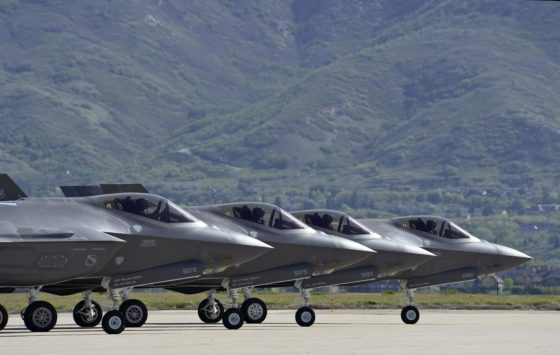